Textile designer Johanna Gullichsen has been selected as the recipient of the Kaj Franck Design Prize 2021.

Johanna Gullichsen is known for her graphic interior textiles that make use of traditional weaves. She has made determined and systematic efforts to update traditional textile types and patterns. Johanna Gullichsen founded her own enterprise in 1989. However, it was not until she opened a shop in Paris in 1997 that she made her breakthrough. At the same time, the first connections to Japan were established. Johanna Gullichsen’s own collection includes fabrics, interior decoration items and accessories. Along with design assignments she has expanded to new areas such as cement floor tiles and tatami mats.

The prize jury stated that an appreciation of natural materials, handicrafts and the preservation of the weaving tradition is clearly visible in the textiles designed by Johanna Gullichsen. She has succeeded in combining her artistic and creative work with sustainable serial production. The textiles produced under Johanna Gullichsen brand are woven in Finland from natural materials, and their carefully considered colour combinations are a natural addition to Finnish interior and furniture design.

The unique approach has also resulted in collaborative projects with domestic and foreign designers and companies, stated the jury. Johanna Gullichsen’s designs are a strong continuation of the Finnish tradition of textile art.

The Kaj Franck Design Prize can be awarded to a Finnish designer or team, or one that resides or works in Finland. This prize was established by Design Forum Finland in 1992 and it is funded by the Finnish Fair Foundation. The prize sum is 10,000 euros. In funding the Kaj Franck Design Prize, the Finnish Fair Foundation wishes to express its respect for the significant work and achievements of Kaj Franck as a pioneer of the culture of Finnish design and to extend its recognition and support to Finland’s present-day designers.

Designer, interior architect Ilkka Suppanen was selected as the recipient of the Kaj Franck Design Prize 2020.

The Kaj Franck Design Prize brings forth the central spirit and principles of designer Kaj Franck’s (1911–1989) oeuvre: high-quality, democratic and functional design that solves practical challenges and opens up new opportunities for companies excelling in design. A particular merit is if the rewarded designer brings beauty and joy to everyday life and enhances the quality of life.

Ilkka Suppanen has made a long and successful career in the field of design and art. He studied both interior and furniture design at the University of Art and Design Helsinki and architecture at the Helsinki University of Technology. Suppanen made his breakthrough in the late 1990s as one of the founders of the Snowcrash group. The group’s showing at the Milan Furniture Fair in 1997 brought a lot of media attention and several contacts from furniture manufacturers. Among these was the big Italian furniture company Cappellini, which took Suppanen’s Flying Carpet sofa into production. 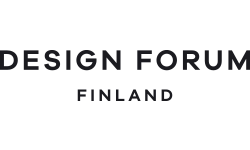