The competition is organised by the Finnish Fair Corporation and Grafia, the Association of Visual Communication Designers in Finland. The winner of the competition is Ville Savimaa with his design “Juhla”.

The unforgettable birthplace of dreams

The brief of the competition, organised by the Finnish Fair Corporation and Grafia, is to design a poster that draws on the theme of the Finnish Fair Corporation’s centenary year, The unforgettable birthplace of dreams, and to describe the story behind the poster in a few sentences. The winner of the competition will receive a €3,000 cash prize. The winner of the public vote will receive the Messukeskus 100 special award. 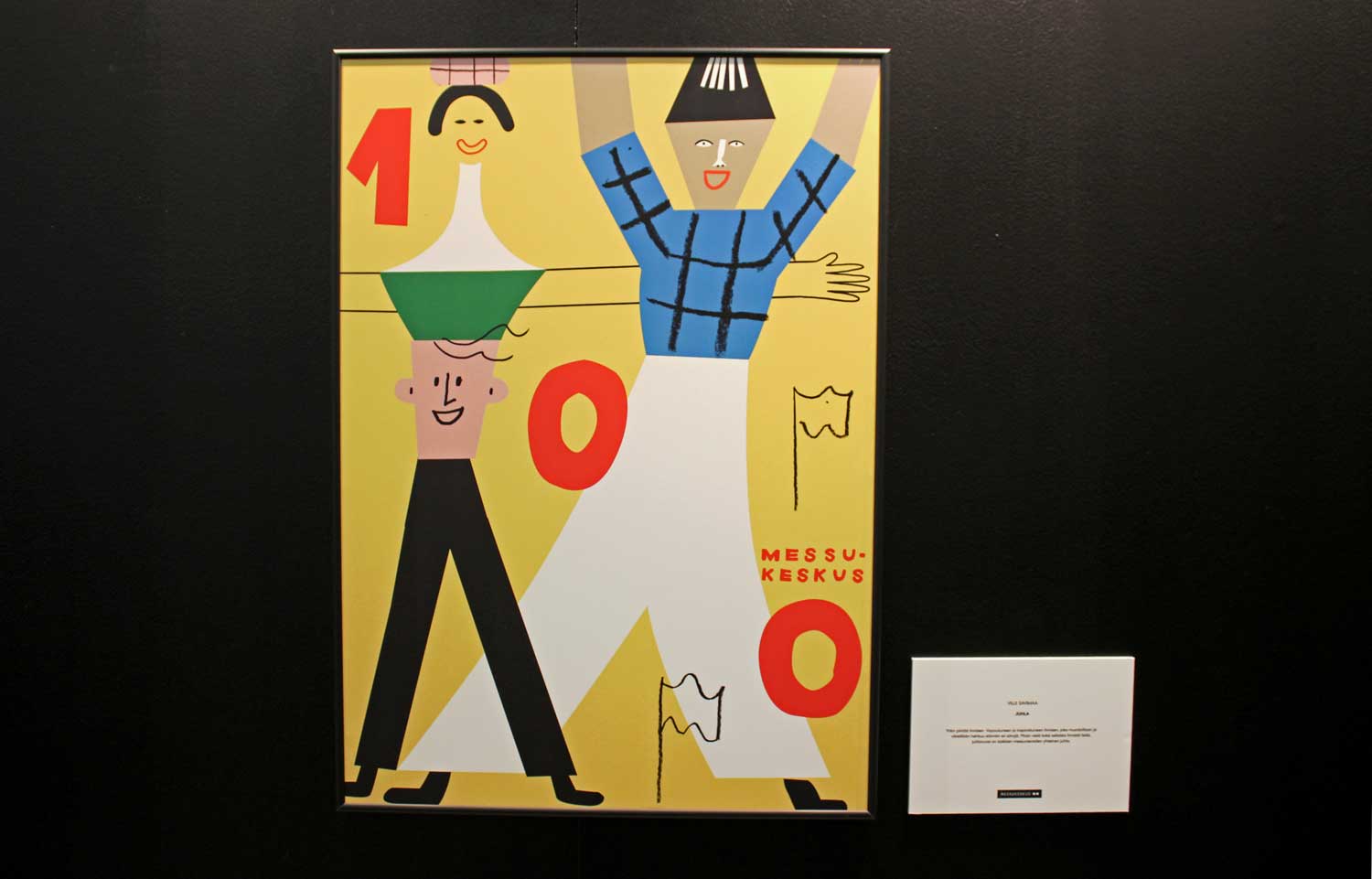 Messukeskus has always served and will continue to serve as the unforgettable birthplace of dreams. The story begins a hundred years ago. The company was founded in 1919, soon after Finland had become independent, and the first fair was held in true start-up spirit in the summer of 1920 in the field next to St John’s Church in Helsinki. The fair attracted more than 120,000 visitors, which was almost equal to the population of Helsinki at that time. Today, we annually organise approximately 100 fairs and 2,000 meetings, conferences and corporate events. Great personalities, such as Jean Sibelius, David Bowie and Barack Obama, are part of our story, and many stories have begun in our house.

Messukeskus also has a strong tradition of posters – many well-known designers and artists have designed posters for us over the decades. The centenary year poster competition will continue this tradition and will bring it to a new level.