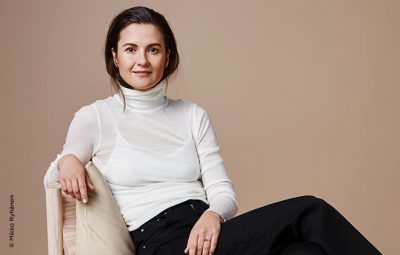 The Habitare 2023 exhibition design makes a statement against society’s demands for efficiency. “Time and money are the two drivers in the world that almost invariably have a negative influence on the outcome of design”, says the designer Joanna Laajisto.

The 2023 exhibition design is a call to slow down

The exhibition design, Slow, is a statement against the demand for efficiency that dominates both the construction sector and society in general. “I wanted to make a statement on the industry and world being driven by tight schedules and a demand for efficiency. Time and money are the two drivers before which the whole world has to bow. They almost invariably have a negative influence on the outcome of design, when we have to make compromises and settle for lower quality”, says the designer Joanna Laajisto.

The exhibition design aligns with the global phenomenon of adopting various means of slowing down. Slowing down can be seen in design, for example, in the slow travel phenomenon, with the design of destinations and hotels that bring time to a standstill.

“I have a feeling that, in the past, enough time would have been allotted for design and the acquisition of materials. For some reason, time does not seem to be available in the same way today”, says Laajisto.

Laajisto thinks that it is important for the elements of the exhibition design to display the handmade aspect and the time spent in making them. The materials are manufactured by the Finnish company Verso Design.

The exhibition design is made up of large elements, the centrepiece being the large panels, which act as a manifesto for the materials and manufacturing methods used. The design uses recycled materials, including benches by Mattila & Merz, which were seen on the Habitare main stage in 2022.

Previous projects of Studio Joanna Laajisto include the design of the interiors of the Runo Hotel in Porvoo and the newly opened restaurant Café Savoy, as well as the design of the rooms and corridors of Hotel Torni. 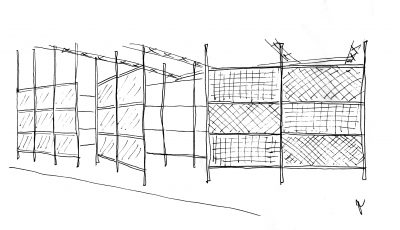